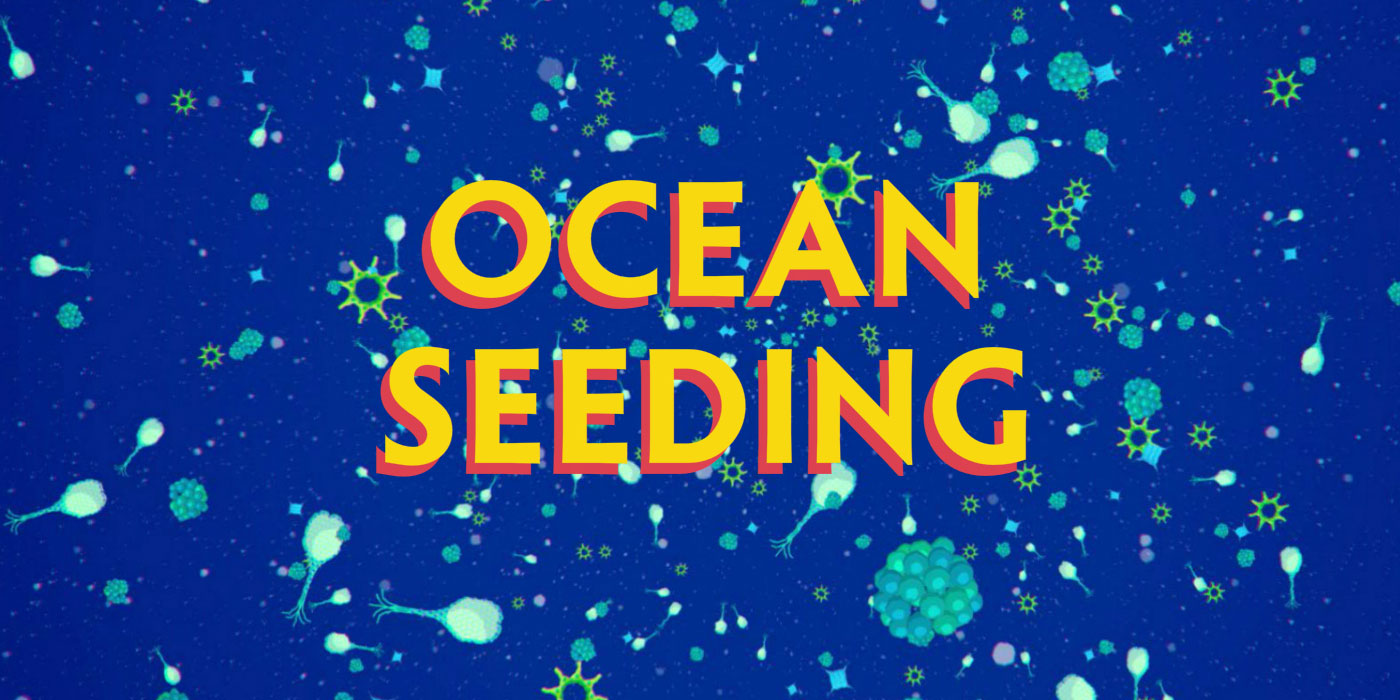 Scientific storytelling is not easy. Some ideas require highly specific technical terms and ideas that cannot be summarized in a couple of sentences. Simplifying ideas can lead to lost information, and we realized this during the development of our infographic site. So here in our website we provide deeper explanations and references for the information at OceanSeeding.com. “We can restore plankton by adding missing nutrients like iron to depleted areas in the open ocean. This can turn a declining ocean environment back into a teeming web of marine life.”

References: Plankton biomass in a warmer ocean, Iron limitation in the Pacific Ocean

There are areas in the ocean known as HNLC or ‘High Nutrient, Low Chlorophyll’ zones, which have puzzled scientists for decades. How can a region be so full of nutrients but so devoid of life? It’s because iron, which is an essential micronutrient, is not present in these regions. This severely limits the ability of phytoplankton, which are microscopic plants, to harness sunlight to make food. Even with full quantities of macronutrients present, the ecosystem cannot thrive without iron. HNLC zones are naturally occurring, but climate change is shifting previously healthy areas of the ocean to become like these deserted regions. “Ocean seeding mimics the natural processes that add iron to the oceans.”

Even though iron is very rare in the ocean, there are many ways it can reach the oceanic surface. Among these are winds that move iron-rich dust from continental deserts, upwelling regions, glacier runoff in summer, and other seasonal processes. However, the most dramatic are volcanic eruptions, which briefly deposit large amounts of iron-rich pulverized rock over the oceanic surface, which in turn allow plankton to bloom, no longer limited by the scarcity of mineral nutrients.

In 2008, the eruption of Mt. Kasatochi in the North Pacific created these spectacular conditions. Scientists observed one of the largest plankton blooms recorded, and the subsequent revitalization of the marine food chain that depends on them. Only two years later, one of the largest salmon returns recorded is attributed to the highly nutritious conditions present after the eruption. Likewise, a 2012 project off the Pacific coast of Canada targeted the migratory route of juvenile salmon, and only a year later one the largest returns in the history of the region occurred. This return was unexpected and quickly overwhelmed inland fisheries, with numbers more than doubling what was expected for the season. “Very little iron is required: about 1 cup per hectare.”

Stoichiometry is the study of elemental ratios, which gives a recipe of what something is made of. The stoichiometric ratio of phytoplankton is 106 atoms of Carbon to 16 atoms of Nitrogen, 1 atom of Phosphorus, and an astonishing 0.01 atoms of Iron. This means that a remarkably low amount of iron is required for the healthy functioning of a phytoplankton cell. “Ocean seeding has been successfully tested in 12 previous scientific experiments.”

Over the past twenty years, there have been twelve academic experiments in specific oceanic regions focused on understanding the role of iron in the marine ecosystem. Researchers added iron into key areas, monitoring every physical, chemical and biological change. These experiments proved, among other things, that phytoplankton are limited by iron. Moreover, presence of iron allowed for the composition of phytoplankton to change – from a mosaic dominated by bacteria-sized individuals – to be dominated by diatoms, the largest type of green plankton, which has a similar ecological role as grasses on land.

These experiments have been pivotal in our understanding of how the ocean works, and more recently, key aspects of how climate change is altering global marine habitats. Research is still ongoing, in early 2017 South Korean institutions established an international five-year effort, the KIFES project, to chart in detail the role of iron the ocean.